HTTP/2 Adventure in the Go World

Go’s standard library HTTP server supports HTTP/2 by default. It has great documentation, and a great demo page [code]. In this post, I will first show Go’s HTTP/2 server capabilities, and explain how to consume them as clients. Then, I will present h2conn, a library that simplifies full-duplex communication over an HTTP/2 connection.

The code in this post is available at posener/h2demo.

Let’s create an HTTP/2 server in Go! According to the HTTP/2 documentation, everything is automatically configured for us, we don’t even need to import Go’s standard library http2 package:

This package is low-level and intended to be used directly by very few people. Most users will use it indirectly through the automatic use by the net/http package (from Go 1.6 and later). For use in earlier Go versions see ConfigureServer. (Transport support requires Go 1.6 or later)

HTTP/2 enforces TLS. In order to achieve this we first need a private key and a certificate. On Linux, the following command does the job. Run it and follow the prompted questions.

The command will generate two files: server.key and server.crt.

Now, for the server code, in its simplest form, we will just use Go’s standard library HTTP server and enable TLS with the generated SSL files.

No TLS? The H2C (HTTP/2 Cleartext) protocol is HTTP/2 with no TLS. But currently the external package x/net/http2/h2c can be used.

Edit: The standard library won’t include the H2C handler, it will remain in the x/net/http2/h2c package.

In go, the standard http.Client is used for HTTP/2 requests as well. The only difference is the usage of http2.Transport instead of http.Transport in the client’s Transport field.

Our generated server certificate is “self signed”, which means it was not signed by a known certificate authority (CA). This will cause our client not to trust it:

Let’s try to run it:

In the server logs, we will also see the that the client (the remote) had an error:

To solve this, we can configure the client with a custom TLS configuration. We will add the server certificate file to the client “certificate pool”, since we trust this one even though it was not signed by a known CA.

We will also add an option to choose between HTTP/1.1 and HTTP/2 transports according to a command line flag.

Here is the code (view on github):

This time we get the proper response:

On the server logs we will see the right log line: Got connection: HTTP/2.0!

But what happens when we try to use HTTP/1.1 transport?

Our server has nothing specific for HTTP/2, so it supports HTTP/1.1 connections. This is important for backward compatibility. Additionally, the server log indicates that the connection was HTTP/1.1: Got connection: HTTP/1.1.

We created an HTTP/2 client-server connection, and we are enjoying the benefits of a secured and efficient connection. But HTTP/2 provides more features, let’s investigate them!

HTTP/2 enables server push which “constructs a synthetic request using the given target”.

This can be easily implemented in the server handler (view on github):

A word about the http.Pusher implementation: I must admit that the design of type-assertion to check if the connection supports server push is a weird choice and it is not clear to me. I assume that it is adopted for backward compatibility with Go 1.1, but I wonder if there could be a nicer way to add this capability. The same goes for the http.Flusher implementation, that will be discussed below.

Let’s re-run the server, and test the clients.

The HTTP/1.1 client transport connection results in an http.ResponseWriter that does not implement the http.Pusher, this makes sense. In our server code we can choose what to do in the case of this kind of client.

The server logs will show:

That’s weird. Our client with HTTP/2 transport only got the first “Hello” response. The log indicates that the connection implements the http.Pusher interface - but once we actually invoke the Push() function - it fails.

I found this StackOverflow thread with an example how to enable server push for go clients. Apparently, the HTTP/2 client transport sets an HTTP/2 setting flag that indicates that the push is disabled. There are this Github issue and this proposed change set that suppose to enable HTTP/2 push, but it seems to hang there for quite a long time.

So currently, there is no option to consume the server Push with a Go client.

As a side note, google-chrome, as a client, can handle server push. 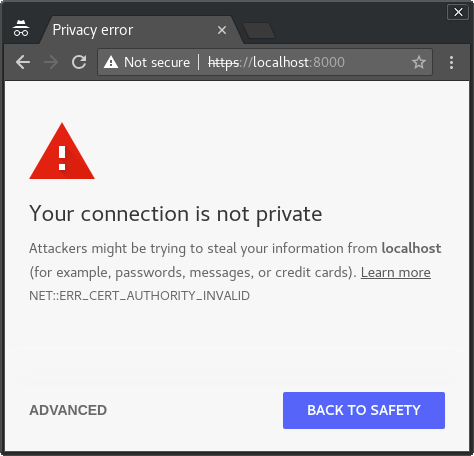 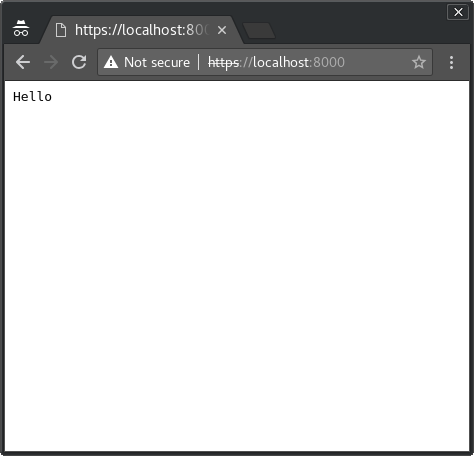 The server logs will show what we expect, the handler was called twice, with paths / and /2nd, even though the client actually made only one request with path /:

The Go HTTP/2 demo page has an echo example, which demonstrates a full-duplex communication between server and client.

Let’s test it first with CURL:

We configured curl to use HTTP/2, and sent a PUT /ECHO with “hello” as the body. The server returned an HTTP/2 200 response with “HELLO” as the body. But we didn’t do anything sophisticated here, it looks like a good old HTTP/1.1 half-duplex communication with different header. Let’s dig into this, and investigate how we can use the HTTP/2 full-duplex capabilities.

A simplified version of the HTTP echo handler (a one that does not capitalizes the response) is below. It uses the http.Flusher interface, that HTTP/2 adds to the http.ResponseWriter.

The server copies everything from the request body reader to a “flush writer” that writes to the ResponseWriter and Flush() it. Again, we see the awkward type-assertion style implementation, the flush operation sends the buffered data to the client.

Notice that this is full-duplex, the server reads a line and write-flushes a line, repeatedly, in one HTTP handler call.

I tried to figure out how an HTTP/2 enabled go client would use this endpoint, and found this Github issue. Brad Fitzpatrick suggests something similar to the following code. It is pretty “low level”, so I added explanations in comments.

The example is pretty interesting. We create a request with a “dynamic” body - not something straight forward for the average Go programmer. Then, we receive a “dynamic” response body - this is more “normal”, yet not too common. In HTTP/1.1 those kind of requests and responses would be used to send or receive stream of data. But here, the response stream starts before the request stream is finished. After each time we send data through the pipe to the request, data is returned from the server in the response body. That’s great - we just got full duplex communication between two Go processes over an HTTP/2 connection.

The down side in this example is the API - the standard library provides us with powerful tools, but low level knowledge is needed in order to use them.

h2conn is a tiny library that is supposed to improve the user experience of HTTP/2 full duplex communication.

For example, the above Go echo example client could be written as the following (view on github):

Server code can also be simplified. The following handler implements the same echo server from above (view on github):

For more examples, go to the example page in the github repo.